Historian Lawrence Glickman writes in this Washington Post piece that "nearly a century after President Franklin D. Roosevelt began his effort to revive the American economy through government programs, Democrats are once again becoming fans of Roosevelt and his legacy."

Glickman, the Stephen and Evalyn Milman Professor in American Studies, writes that Democrats are embracing Roosevelt and the New Deal.

"Newly elected Democratic Rep. Alexandria Ocasio-Cortez (N.Y.) and dozens of other representatives have proposed a 'Green New Deal,' " Glickman writes. "Calling for a return to the progressive system introduced during the New Deal and World War II years, Ocasio-Cortez is also promoting a 70 percent marginal tax rate for the highest earners, a proposal other members of her party and some liberal commentators have endorsed. The call for what Sen. Elizabeth Warren (Mass.) describes as a “Second New Deal” marks the reversal of decades of Democrats distancing themselves from Roosevelt and, if this new trend continues, promises to reinvigorate the party and its agenda." 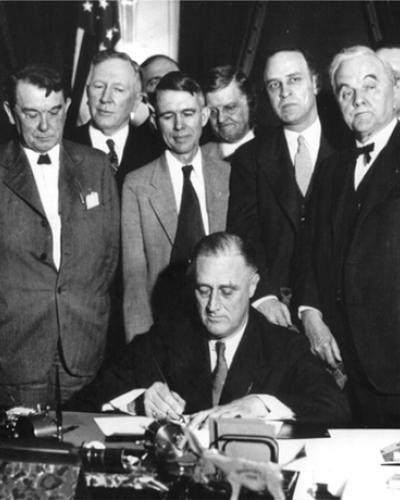 Special issue of journal devoted to history of capitalism