Special issue of journal devoted to history of capitalism

“In the last decade, political economy has moved from the margins to the mainstream of the historical conversation in the United States,” writes history postdoc Noam Maggor in his introduction to the special History of Capitalism issue of the Journal of the Gilded Age and Progressive Era, which he edited.  “Galvanized under the banner of the ‘history of capitalism,’ a new generation of historians was inspired to reconsider business, labor, society, politics, and ideas as they related to economic change.”

The new history of capitalism scholarship, Maggor notes, uses a “broad methodological approach,” examining “business” and “the economy” as embedded “in society, culture, and the state” – as well as underscoring “the political nature of economic change, uncovering the contentious and ever-shifting institutional arrangements that underpinned market transactions.”

The College of Arts & Sciences’ new interdisciplinary History of Capitalism initiative, follows this type of broad approach, with scholars examining the nature of capitalism, its relationship with democracy and other forms of politics, and its effects on areas such as law, social mobility, inequality and the environment.

One of the Cornell initiative’s project leads, Lawrence B. Glickman, Stephen and Evalyn Milman Professor in American Studies in the Department of History, also contributed to the journal’s special issue, with a review of “The Long Gilded Age: American Capitalism and the Lessons of a New World Order” by Leon Fink.  As Glickman notes, Fink’s work suggests “that a social movement perspective on labor history is limited and that institutions, particularly the law, matter a great deal in historicizing and assessing success and failure.” 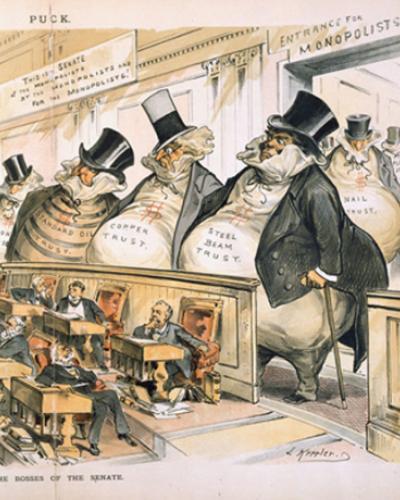