The Democratic Party began in the 1820s as an organization of and for white men who opposed a strong federal government. The party gradually wooed a more inclusive constituency, and its partisans built a national state that sought to advance the common welfare. How did the party change and which of those changes helped Democrats win elections and which did not? Michael Kazin, a professor of history at Georgetown University and co-editor of “Dissent,” a quarterly magazine of politics and ideas, will discuss “Lives of the Party: The Democrats from Andrew Jackson to Barack Obama and Beyond” in this year’s Carl Becker Lecture Series.

On Tuesday, April 9, Kazin will present “The Long Life and Slow Death of the Jackson Party," and on Wednesday, April 10, “The Rise and Fall of An American Labor Party.” The lectures are free and open to the public at 4:30 p.m. in the Hollis E. Cornell Auditorium, Goldwin Smith Hall.

Kazin is a prolific writer focusing on the history of politics and social movements in the United States. An author of six books, his most recent book is “War Against War: The American Fight for Peace, 1914-1918” and he is currently at work on a history of the Democratic Party. His writing appears in The New York Times, The Washington Post, Foreign Affairs, The Nation and The New Republic. Kazin has lectured widely in the United States, Europe and Japan and has received various honors, including a Guggenheim Fellowship.

“We are very excited that Professor Kazin, one of our leading historians and public intellectuals, will be sharing his important research on a surprisingly neglected topic, the long and strange history of the Democratic Party,” said Lawrence Glickman, the Stephen and Evalyn Milman Professor of American Studies in the Department of History.

The Becker Lectures in History series is the most important event sponsored by the Department of History. The series brings distinguished historians from all areas of specialization to Cornell for a series of lectures each year. It is named for Carl Becker, who taught at Cornell from 1917 until 1941 (when he became the university's official historian). Becker is considered one of the most influential historians in the United States of the 20th century. 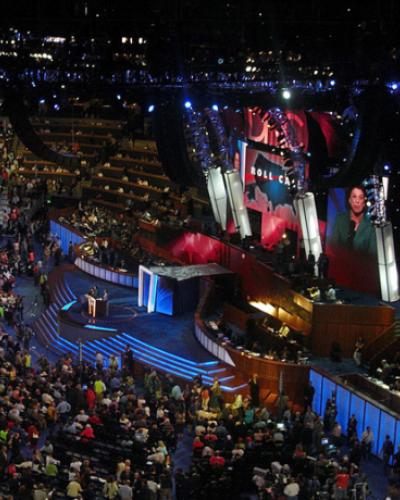