Cornell historians, undergraduates, and graduates research the World. Our expertise stretches across the globe and through the centuries, illuminating the present. 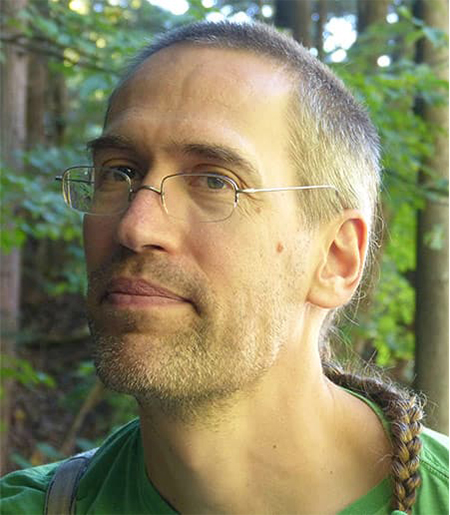 Oren Falk's book and research considers the medieval Icelandic sagas as case studies in the violence general to the human experience, arguing that violence, “both perennial and contemporary,” serves as a technique for dealing with uncertainty....

In this book, the Icelandic case studies elaborated reveal the historically specific ways in which such general truisms get acted out in a particular culture. Successive chapters move from the individual level of struggling to survive and assert dominance in a feud, through the sociological level of creating and upholding institutions that will serve elites’ agendas, to the existential level of coming to grips with the harsh environment Icelanders faced, a sputtering volcanic outcrop stuck in the middle of a storm-tossed North Atlantic.

The above was excerpted from an article originally appearing in The Cornell Chronicle on May on May 14, 2021. The article can be accessed here  ‘Deeds rife with physical nastiness’: book examines violence in Icelandic sagas, and was written by Kate Blackwood.

The research of Kevin Bloomfield, a Ph.D. candidae in history, and colleagues, was recently honored with a publication in Climatic Change.

The paper, Beyond One-Way Determinism: San Frediano's Miracle and Climate Change in Central and Southern Italy in Late Antiquity, examines the cultural impacts of climate change in Italy during the first millennium by studying scientific data and historical records.

"This article stands at the intersection of climatology and history," Bloomfield said. To obtain data about past climates, researchers examined a stalagmite from Renella Cave in northern Tuscany, concluding that the 6th century in the north and central Italy was distinguished from others by excessive moisture. With information from The Cults of Saints in Antiquity Database, researchers compared writings from this time period in Italy against the entirety of late antiquity and early medieval texts.

Adam Izdebski, a member of the press relations office at the Max Planck Institute for the Science of Human History, will include details about the project in a forthcoming press release.  In it, Giovanni Zanchetta, professor of geology from the University of Pisa, comments, "geochemists, geologists, and climate specialists proved a climactic change that written sources only hinted at. In the sixth century, at least part of Italy really did become a land of torrential rains and floods."

"In addition to climate change, late Roman Italy also experienced numerous 'barbarian' invasions – but these difficult experiences did not lead the society of the time to collapse," Bloomfield said. "On the contrary, it seems that climatic change actually contributed to strengthening its internal cohesion during a dramatic historical moment."

The Department of History commends Kevin Bloomfield and his colleagues on this collaborative paper, expanding knowledge and insight through the synergy of scientific and historical research.

Ezra's Archives is a publication put forth annually by the Cornell Historical Society. The Cornell Historical Society (CHS) is an undergraduate organization at Cornell University founded in 2010.  CHS educates and fosters appreciation for historical topics and methodology with the undergraduate student population and the community at large.   This journal, launched in the Spring of 2011, showcases stellar examples of undergraduate research in the field of history.  In 2021, Ezra's Archives was published online and articles can be read in this and previous issues on  e-Commons.

I don’t know how else to approach a moment like this, with all its uncertainties. I’m very lucky to be in a position where I can be flexible and shift things around to make it work. Flexibility, and just general kindness, seem to be the only humane and workable philosophies for dealing with the current situation.