Book traces rise of 'free enterprise' as cornerstone of conservatism

Warning of “an attack on the American free enterprise system,” Lewis F. Powell Jr.’s 1971 memo is considered a turning point in American politics.

Penned secretly months before the Virginia lawyer’s confirmation to the U.S. Supreme Court, the “Powell memo” is credited with providing a blueprint for the conservative movement that ushered in the “Reagan Revolution.”

In fact, the blueprint echoed ideas and language that free enterprise believers had been preaching since the 1930s, Cornell historian Lawrence B. Glickman writes in “Free Enterprise: An American History,” published Aug. 20.

The book traces how “free enterprise” – a phrase that many groups have tried to define and use to their advantage, but which historians have largely taken for granted – became a cornerstone of conservative philosophy shaping popular views of government.

“It’s a term that has evolved a lot, that in the past has been deeply contested,” said Glickman, the Stephen and Evalyn Milman Professor of American Studies in the College of Arts and Sciences. “Free enterprise went from being a minority discourse in a society that largely accepted the New Deal, to becoming the majority discourse of modern American conservatism.”

Another shift, Glickman writes, may be occurring under President Donald Trump, the first Republican nominee in nearly a century not to make devotion to free enterprise a staple of his platform.

In the 19th century, abolitionists promoted free enterprise as an alternative to slave labor. Progressives saw it as a model for more efficient government. Others equated it with free trade.

Only with opposition to the New Deal did one enduring – and “radical” – version of the term emerge and harden, Glickman writes.

Business leaders lobbied against “artificial” government interference in what they framed as a natural, common sense “system” fundamental to individual freedom and the American way of life.

Importantly, their pro-business views incorporated narratives of faith and fear. While business helped spread the “miracle” of free enterprise, government threatened to destroy it. According to business leaders, citizens faced a stark choice: free enterprise or totalitarianism.

The apocalyptic message didn’t gain traction right away. In a 1944 Gallup poll, only 3 in 10 Americans said they understood what free enterprise meant. Public relations efforts to promote the cause fizzled.

But repeated with remarkable consistency over 50 years, the argument began to resonate with the nation – including some Democrats – in the 1970s as the New Deal order began to show cracks. The culmination was Reagan’s victory.

“This one version of the term became dominant,” says Glickman. “As the New Deal weakened, free enterprisers’ argument didn’t change, but their audience got a lot larger.”

As recently as 2012, with Mitt Romney as the Republican presidential nominee, the GOP platform’s first page celebrated the “proven values of the American free enterprise system.” But four years later, Trump hardly mentioned the term.

Glickman suggests that Trump has embraced the movement’s populist and divisive spirit of “elite victimization,” but dropped its reverence for the magic and miracle of markets.

Might this signal an end to the modern era of free enterprise as articulated by Powell and the anti-New Dealers decades earlier? Not likely, Glickman said.

“My guess is it’s not going away any time soon,” he said. “Witness how many Republicans are framing the 2020 election as a battle between free enterprise and socialism.”

“Free Enterprise” follows Glickman’s 2009 book, “Buying Power: A History of Consumer Activism in America.” Glickman also serves as a core faculty member in the History of Capitalism Initiative, a collaboration between the College of Arts and Sciences and the ILR School. 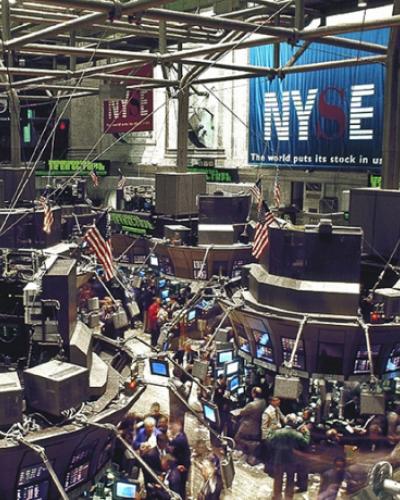