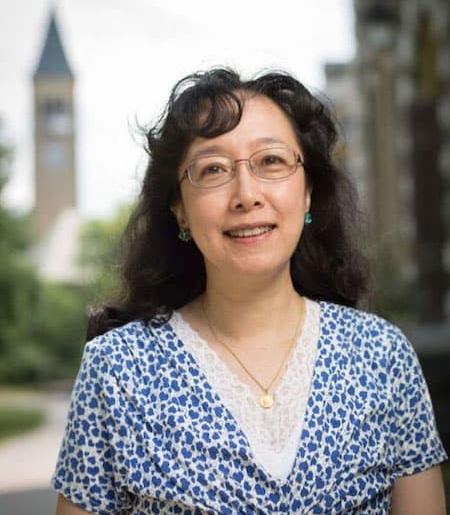 Zhihong Chen was trained in three countries and in three different fields: She received her BA in German Language and Linguistics from Beijing Foreign Language College, and her first MA in International Studies from Beijing Normal University. She then received her second MA and Dr. Phil. in International History and Sinology from Cologne University in Germany. She also completed an MS. Ed in College Teaching concentrating on Chinese language teaching at SIU in the US.

She has maintained an active research, writing, and translation agenda. In 2000, She published her book Die China-Mission Michail Borodins bis zum Tod Sun Yatsens - Ein Beitrag zur sowjetischen Chinapolitik in den Jahren 1923-1925 (Mikhail Borodin's China Mission up to the Death of Sun Yat-sen: A Study of Soviet Policy toward China, 1923-1925) in Germany. With the support of multi-archival and multi-source research, she is working on a comprehensive study on Borodin's mission in China (1923-1927) in both English and Chinese languages. In addition, she has published a Chinese-English bilingual book on studies of real-world business cases entitled When China meets the World: Bilingual Business-Finance Cases (by Oxford University Press, 2019), an accomplishment of her efforts at developing the instructional materials for the Business Chinese teaching in the past decade at Cornell.

Her current teaching duties fall in three areas: "Reading and Viewing Modern China" is designed to teach graduate students and qualified undergraduate how to conduct Chinese language research on topics of Modern Chinese History; "Business Chinese in Global Context" (parts I and II), joint-listed with Johnson Graduate School of Management (JGSM) as MBA courses under International Management, aims to help students, including those from the professional schools, develop oral, written and socio-linguistic skills they will need to function successfully in their future careers; and "Readings in Chinese History and Business Culture" is designed to further improve students' Chinese proficiency in a business history and transcultural context and is especially helpful  for the CAPS majors/minors and any other students who will need to prepare themselves well for their study in China.

To see the table of contents and preview the preface click on the following link of the publisher's page:

To access the book reviews, listen to the audio files of the book or get the purchase info click on the following link:

From English to Chinese:

After the translated book’s publication, it has won the following recognitions and awards:

1) Nominated as one of the five “Best Translations of the Year” by Phoenix Network.

2) Nominated as one of the five “Most Influential Books” in Social Science and History by Xinhua Network.

From Chinese to English:

·         Translator of 60 documents from Chinese to English which have been published on the website of Digital Archive International History Declassified by Woodrow Wilson International Center for Scholars (with notation of "Translated by Chen Zhihong), for example:

From Chinese to German: