In “Violence and Risk in Medieval Iceland: This Spattered Isle,” Oren Falk, associate professor of history in the College of Arts and Sciences, considers the medieval Icelandic sagas as case studies in the violence general to the human experience, arguing that violence, “both perennial and contemporary,” serves as a technique for dealing with uncertainty.

“I invite readers to consider the history of violence in medieval Iceland, a corner of the historical imagination both remote and, paradoxically, familiar as a déjà vu,” Falk writes. “A tiny country on the verge of the Arctic Circle, condescendingly described during the Cold War as the world’s largest aircraft carrier, Iceland was as remote from the hubs of cultural hegemony during the Middle Ages as it is today."

Even present-day historians overlook Iceland, Falk said. Yet the fact remains that medieval Icelanders wrote about themselves, their world and their own past "assiduously," and through those accounts, medieval Iceland seems more familiar to the modern reader than many other segments of history.

“Saga characters spring alive in the modern readers’ mind with incomparable alacrity, and their deeds are rife with physical nastiness,” he writes. “Many first-time readers are struck by how closely saga plots resemble reruns of John Wayne oldies.”

The writing of Icelandic sagas, a genre blending history and story, began in the late twelfth century and flourished through the thirteenth and fourteenth, Falk writes. While some sagas tell of kings in continental Scandinavia or range widely across the distant past, this study focuses on thirteenth- and fourteenth-century realistic, secular sagas that recount the history of Iceland itself: the “Family Sagas” whose plots take late place in the first century and a half of the settlement of Iceland, 870-1030, and the Contemporary Sagas, set during the final decades of Icelandic independence, 1200-1260s.

During this time, Falk writes, Iceland differed from other European countries in that it had no king. Instead, migrants from Scandinavia founded in Iceland in the early tenth century the Althing, an island-wide forum which convened annually for two weeks in the summer.

“The Icelandic Althing [general assembly] welded together the entire island into a single political community,” Falk claims. However, “it saw to legislation and jurisprudence, but possessed no means of enforcement. Elsewhere in Scandinavia, royal power packed a punch into thing [assembly] rulings; in Iceland, the execution of the law rested entirely in the hands of disputants.”

The do-it-yourself justice that ensued inspired the bloody feuds recorded in the sagas.

“Feuds, as many have argued, were the violent habitus within which medieval Icelanders operated: the constructed social, cultural, and political realities that, in turn, dictated the range of social, cultural and political action possible,” Falk writes. “Examining local social dynamics enables us to see the kinds of risks to personal and corporate status that Icelanders negotiated best through feuding violence, risks that made feud, for them, normative, even laudable, violence.”

Previous theories suggest violence as either a method of securing power or an expressive practice. Falk proposes that violence serves, moreover, as a technique for dealing with uncertainty, which “offends our moral sensibility,” he writes. This cognitive dimension of violence is no less crucial than its instrumental utility or its signification function.

In this way, Falk likens violence to religion and philosophy as a way to impose ethical convictions on the world in an immediate and potent way.

“To act with violence is to assert one’s moral agency,” Falk argues. “It is to wager one’s own bodily well-being for the sake of aligning reality with one’s ethical agenda, and to interfere with the physical integrity of anything or anyone who stands in the way.”

The Icelandic case studies elaborated in this book reveal the historically specific ways in which such general truisms get acted out in a particular culture,” Falk said. Successive chapters move from the individual level of struggling to survive and assert dominance in a feud, through the sociological level of creating and upholding institutions that will serve elites’ agendas, to the existential level of coming to grips with the harsh environment Icelanders faced, a sputtering volcanic outcrop stuck in the middle of a storm-tossed North Atlantic. 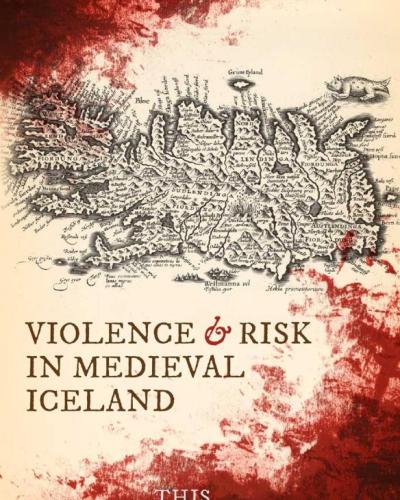 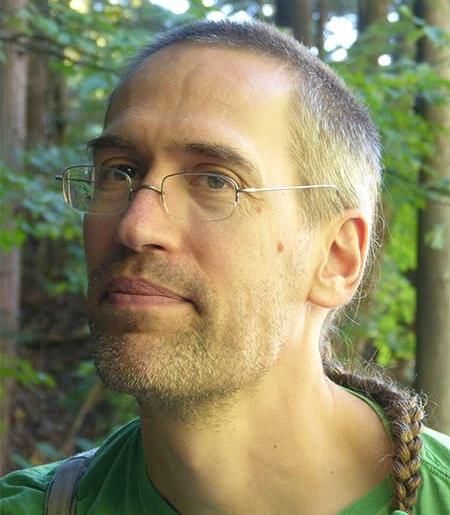