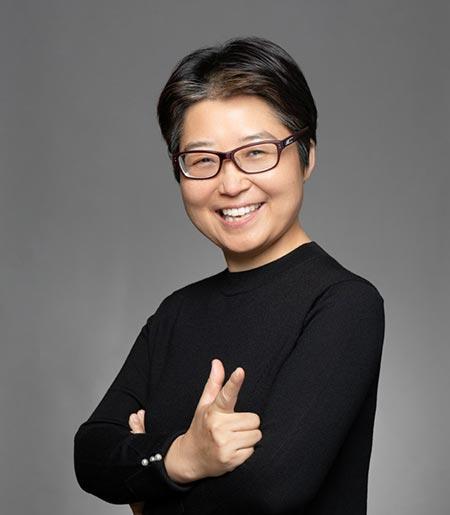 I am a social and cultural historian of the post-1949 period in China. Much of my research has centred on the history of and contemporary implications for Chinese everyday life by asking how quotidian practices such as clothing choices, underground reading, and mate choices of the sent- down generation1 were influenced by their lived experiences and memories under Mao’s socialism and Deng’s socio-economic transformation after 1978.

From the perspective of everyday life in the Mao Era, my research unpacks the secret of the Chinese political system, which is: how can a system that is so fundamentally flawed be so remarkably resilient? I consider this paradox for its impacts at home and abroad. Conventional scholarship on the Communist revolution focuses on elite politics, power structures, and power struggles during the Mao era; my contributions to the field, by contrast, offer meticulous analyses of ordinary lives, everyday practices and politics—topics that have been understudied for years. My research focuses not on the success or failure of China’s Communist revolution since 1949, but rather on the transformative effect and policy implications that revolution has had on people and what they have learned from it.

I am an active tri-lingual scholar in Chinese, English, and French scholarly circles, publishing in all three languages. Over the past 13 years, I have published more than 30 articles in leading journals in my fields such as The China Quarterly, The Chinese Historical Review, and others; 2 books in Chinese; 6 book chapters; 2 translated books; 3 book reviews; and multiple media interviews on various historical topics. In addition, I am currently writing 2 books and 5 articles in English. I also co-edited a 2016 special issue of The China Quarterly and published a co-edited volume on the Chinese Cultural Revolution from Cambridge University Press in 2017.

My first book, Fashion and Politics (Beijing: People’s Publishing House, 2013), examined everyday sartorial expression and resistance in Guangdong province during the Cultural Revolution (1966-76). In it, I present three major findings. Firstly, I reveal that cross border resources and materials mattered greatly given the unique geographic location of Guangdong province, which is very close to Hong Kong and Macao. Guangdong residents received packages containing old and new outfits from their families and relatives who lived in foreign countries. Secondly, the annual China Import and Export Fair in Guangzhou continued during the Cultural Revolution and had an impact on individual expression. At the fair, locals glimpsed at and took cues from foreign business people’s outfits, which ranged in style and colour, unlike their standard revolutionary attire. Thirdly, the everyday fashion practices in Guangdong during the revolution paved the way for a radical fashion explosion in China from the late 1970s to the 1980s. Crucially, the book also offers historical evidence of individualistic and gender differentiation in everyday life clothing choices made by people during the Cultural Revolution. I use this evidence to deconstruct conventional representations of dress for its monotony, homogeneity, and androgyny. It is one of the only books that consider the cultural and sartorial politics of the Cultural Revolution.

My second book, Who Will Marry My Daughter (Beijing: Chinese Social Sciences Press, 2012; 2013), explained how and why parents’ lived experiences in the Mao era influenced their strategy and attitude towards the mate choice of their children who were born in the economic openness era after 1978.

Since 2005, a parental match-making market has arisen in the downtown parks of every large and medium-sized city in China. Paradoxically, hundreds of parents gather in parks every weekend and on public holidays to try their best to find a potential spouse for their children, but almost none find a good match. My book unpacks this paradox.

I found that the marriage market repeatedly fails in its stated function, but parents continuously gather because it enables the release of the whole generation’s collective anxieties created by the new freedoms of marketization and increasing individualism.

My multi-disciplinary approach to fashion and parental anxieties about navigating the marriage “market” for their children enabled me to take a broad and inclusive perspective for exploring ideas and knowledge in the PRC. As a result, both books are the first of their kind in the field. “Who Will Marry My Daughter” was the best-selling academic book in 2013 and sold 10,000 copies within two months after the first print.

BOOKS IN PROGRESS IN ENGLISH

Peidong Sun. The Mentalities of the Chinese Communist Party.