Tia Lessin ’89 began working on her movie about a team of clandestine 1960s-70s abortion providers long before this summer’s Supreme Court decision overturning Roe vs. Wade. So, the release of “The Janes” on HBO Max this summer only weeks before the decision wasn’t planned. But, its release seems eerily prescient.

Lessin, who co-directed the film with Emma Pildes, will be on campus Oct. 13 for a screening and post-film discussion at Cornell Cinema.

“There’s so little imagery of what abortion looked like for women when it was illegal in this country,” Lessin said. “We wanted to see women’s faces and the terror and isolation they were going through, to show what it looks like when women are criminalized for getting basic health care. I think we’re going way backwards.”

Advocating for reproductive rights isn’t a new cause for Lessin, who was arrested outside the Supreme Court in 1989 for protesting a move to pull public funding for abortion care facilities.

“I knew even in my 20s that this was a precarious right,” said Lessin, who majored in history at Cornell. “I had heard about the Janes in my gender studies classes at Cornell. They were feminist lore, but still a well-kept secret.”

While at Cornell, Lessin took lots of classes in labor history and women’s studies and signed up at Ithaca’s public access television station to learn about filmmaking. She continued working in public access in Washington, D.C. after graduation, along with labor organizing and social justice work, but she said she always returned to filmmaking.

Lessin has vast experience as a documentary filmmaker. She was nominated for an Academy Award in 2008 for her work as a director and producer of the Hurricane Katrina survival story “Trouble the Water,” winner of the 2008 Sundance Grand Jury Prize and she also directed and produced “Citizen Koch,” about the rise of the Tea Party in the Midwest, which also premiered at Sundance and was shortlisted for an Oscar in 2014. She also was on the producing teams of “Fahrenheit 9/11,” “Bowling for Columbine” and “No Direction Home: Bob Dylan.”

When Pildes approached her to make a documentary about the Janes, it came at around the time that Supreme Court Justice Brett Kavanaugh was about to be confirmed. Lessin said she knew this was a story that needed to be told at this moment.

The Janes were a network of women in Chicago who provided safe, affordable, illegal abortions to an estimated 11,000 women in need, defying a state legislature that outlawed abortion and risking their personal and professional lives. They began by connecting women to safe and affordable abortion providers, but eventually they learned the procedure themselves and provided abortions directly.

“We wanted to give a platform to the women of Jane to be able to speak to what it all felt like 50 years ago, the last time women didn't have the right to make this decision for themselves,” Pildes said. “If they could bear witness — through our film — to the fear, the violence, the isolation, the condescension of women ... perhaps that might motivate people to get engaged.”

Although the film covers much serious ground, it isn’t without its lighter moments, Lessin said. “There’s a lot of levity in the movie, because that’s what life is about,” she said. “It’s a caper story. The women were trying to figure out how to be sneaky and break the law and get away with it.”

Working on this project during COVID involved some deep searches of digital archives to unearth footage of abortion clinic raids and protests of the time.

“I had no idea that the mafia in Chicago and elsewhere were serving the illegal abortion market,” she said, “though it makes total sense because there was money to be made.” But since money was the main motivator, health and safety weren’t top concerns and some of these botched abortions landed women in septic abortion wards, which were set up in hospitals across the country.

The filmmakers also talked with religious leaders who defied the abortion ban and helped women to find safe health care.

“The message of the film goes beyond the status of abortion rights in this country. It talks about what you do when something is wrong — what lengths people will go to to make things right,” Lessin said. “These women were in their 20s, some not even done with college and some young parents. They were taking great risks.”

Seven of the Janes were arrested in the spring of 1972 during a raid on their South Side apartment and charged with crimes that would have cost them 110 years in jail. But since the Roe vs. Wade ruling happened in the interim, they didn’t serve jail time.

“The Janes” Oct. 13 screening is part of Cornell Cinema’s On Demand, Without Apology lineup, an ongoing series on abortion and bodily autonomy that features four films this semester. The series is co-sponsored by the Feminist, Gender & Sexuality Studies Program and the Performing & Media Arts Department in the College of Arts & Sciences.

On Oct. 14, Cornell Cinema will screen a double-feature of films selected by Lessin that made an impact on her as an undergraduate student at Cornell, “Born in Flames” and “A Question of Silence.”

Find more information about The Janes at www.thejanesfilm.com. 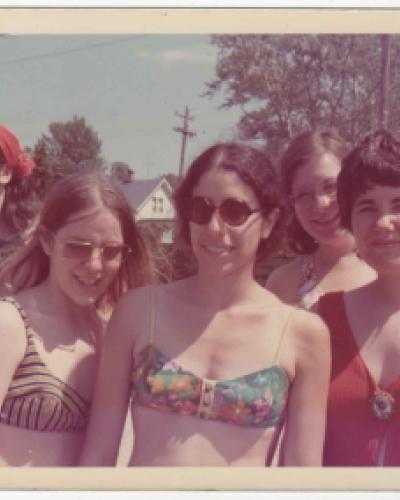 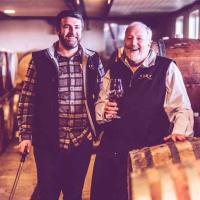