Although Molly O’Toole ’09 says she has “the best job in the world” as an immigration and national security reporter for the Los Angeles Times, she also admits it’s been quite a while since she’s written a happy story.

O’Toole, the Zubrow Distinguished Visiting Journalist Fellow in the College of Arts & Sciences this semester, shared career advice, political insights and anecdotes from her work and life during two recent talks.

In a Nov. 3 career conversation with students, Kathryn Stamm ’22, editor-in-chief of the Cornell Daily Sun, posed questions to O’Toole, asking her about her career path and her advice for future journalists. 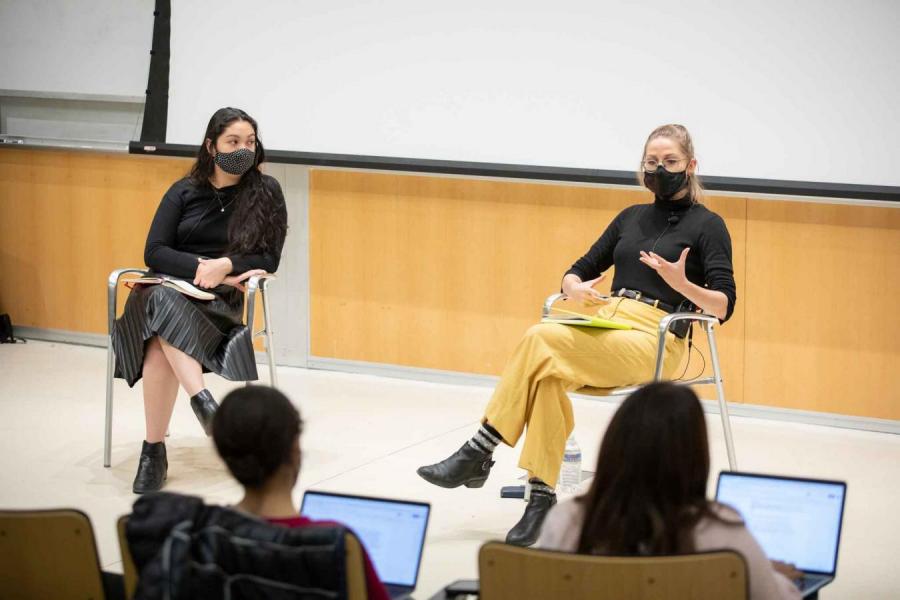 O’Toole told students with a smile that she always wanted to be an author, but chose journalism as a more stable way to make a living. Moving from an Associated Press internship to Reuters to The Huffington Post to The Atlantic’s Defense One to Foreign Policy Magazine, then freelancing abroad and now on the L.A. Times staff, O’Toole said, journalists today have careers that are more fluid and flexible.

“I have the best job in the world — I get to talk to people for a living,” she says. “If you’re innately curious about human beings, this is the job for you. You get to learn something new with every story.”

O’Toole credits the Cornell Daily Sun with teaching her the basics of journalism and the rigors of putting out a newspaper every day. Her writing classes in the College of Arts & Sciences were also key, as were the broad array of other classes she took as part of her liberal arts studies, and the numerous activities she took part in — or tried to, from running on the track team to failing to make the cut for an improv group.

She urged students interested in journalism to seek out as many opportunities as they can, whether through working on the Sun or taking on internships or media jobs. She also urged students to find something they’re really interested in or passionate about and write about that.

O’Toole said immigration and national security has been an ongoing interest for her since childhood, when she could see Mexico from the hills of her home near San Diego, Calif.

“It seemed strange and arbitrary to me that this line divided these two countries,  these two worlds, and how different my life was because I was born on this side of the line,” she said. 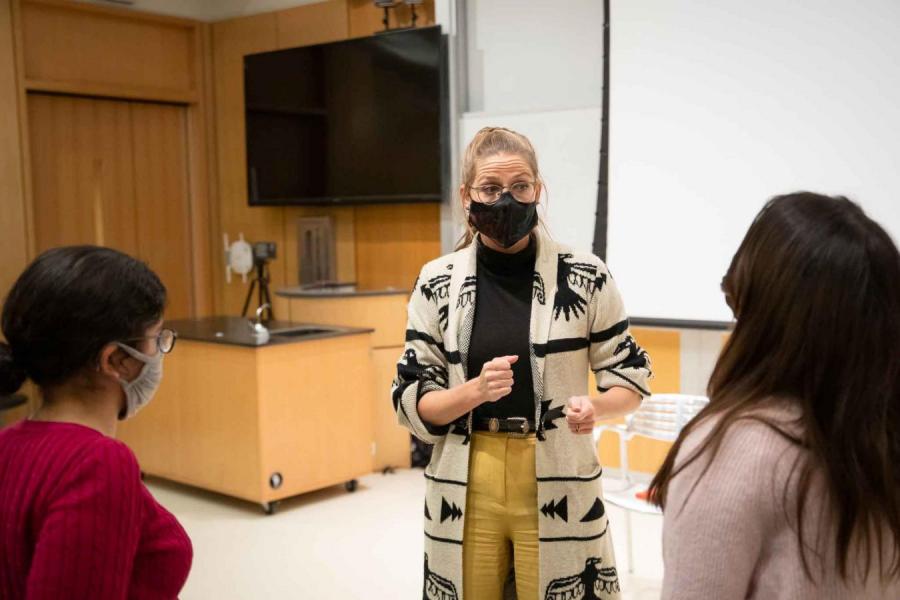 Chris Kitchen O'Toole chats with students after her career talk.

O’Toole said journalism offers her the chance to “tell stories that wouldn’t otherwise be told, to identify wrongdoings and maybe bring about important change.

“Plus, pissing important people off every now and again is fun.”

Students said O’Toole’s talk gave them ideas for job searches, as well as their academic pursuits.

“It feels like journalism is a confusing field to get into, so it was helpful to learn about her path,” said Tilda Wilson ‘22, a history major who writes articles and comics for The Cornell Sun.

Anjelika Amog ’22, a College Scholar in the College of Arts & Sciences, came to hear O’Toole speak about both the craft of storytelling and about immigration. Amog, whose family immigrated from the Philippines, is studying trauma in literature, bringing in comparative literature and Philippine studies.

“I’m interested in the issues of ethics in storytelling, thinking about one’s own positionality and power related to the people you’re portraying,” she said.

O’Toole also joined a Nov. 9 fireside chat with faculty and graduate students, moderated by Ray Jayawardhana, the Harold Tanner Dean of Arts & Sciences, where she shared more details about covering immigration and national security under the Trump and Biden administrations and what she sees as hope for journalism’s future.

One challenge in these days of 24-7 news cycles and social media vitriol, O’Toole said, is to keep the focus on human beings, to “humanize and individualize incredibly complex policies, while appealing to people’s attention spans.”

The immigration practices of the Trump and Biden administrations aren’t that different so far, O’Toole said, and although that surprises many people, O’Toole isn’t one of them. 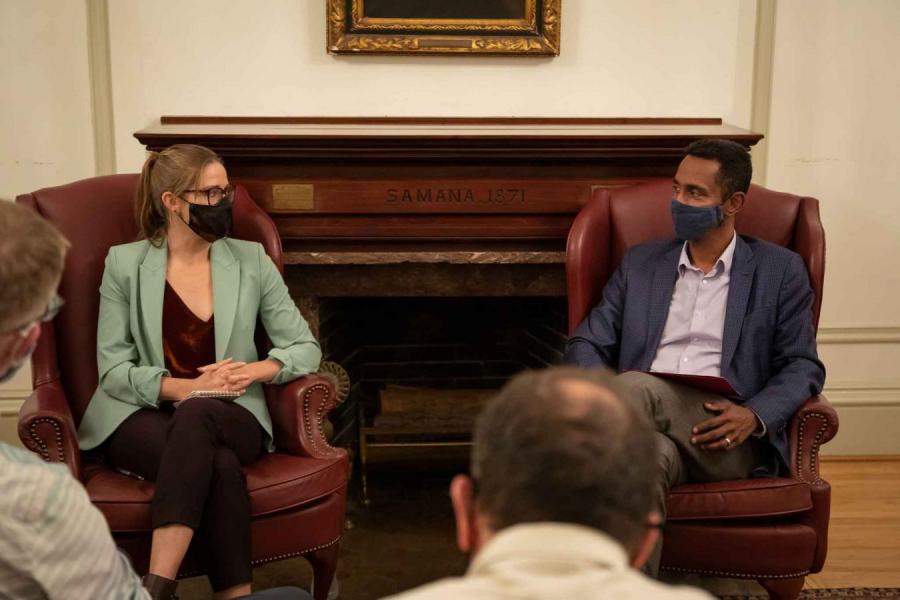 “U.S. immigration policy since 1994 has been consistent— the idea of prevention through deterrence, making things as difficult as possible for people so they won’t come,” she said. “But we’re constantly reminded that that doesn’t work.”

Her time on campus has allowed O’Toole to teach a class, meet with faculty and postdoctoral fellows researching immigration and migration and work on a book project, on the migration route that refugees from around the world are taking through the Americas to the U.S.-Mexico border.

“It’s wonderful to be here,” she said. “I think every student fantasizes about finding some way to get back to Ithaca, and this program helps me to advance my work and also contribute to the community.”

As for the future of journalism, O’Toole hesitated to crystal ball the industry, but said she does find hope in the way media outlets are undertaking more sustainable financial models, launching digital-only publications focused on various niche topics and focusing on mobile as the way most people are consuming news.

“I think people are reinventing themselves all of the time,” she said. “And while I’m not sure of the future, the fundamentals, values and ethics of the journalists I work with have remained the same.”