Ranging between ancient Greece and Rome and contemporary America, Barry Strauss discussed “Populism Through the Ages: A Challenge for Democracy” as the fall distinguished faculty invitational lecturer for Phi Beta Kappa Oct. 25.

“While democracy respects the rule of law, adheres to constitutional limits, and seeks a balance between classes and groups, populism is ambiguous. It promotes the people while denouncing the elite and cares less for law than results. And it is all the rage today,” said Strauss, the Bryce and Edith M. Bowmar Professor in Humanistic Studies in the College of Arts & Sciences’ Department of History.

Strauss cited two main reasons for the success of populist parties and politicians around the world: a decline in economic growth that’s caused many people to feel left behind, and a general distrust of elites and their concern for the common good. Other issues play a part, he acknowledged, such as immigration, globalization and robotization, but he identified distrust of elites and their effect on the country as the central issue.

Too many elites respond to populism with “snobbery, the defense of privilege and class resentment,” Strauss said. Meanwhile, at its worst, populism “raises dangerous racial, ethnic and religious tensions in an already divided, complicated and multicultural society,” said Strauss. But he noted that populism is not a phenomenon exclusively of the right: Occupy Wall Street was a populist movement, as was national support for Vermont Sen. Bernie Sanders.

Strauss drew lessons for today from two stories of ancient populism, the first from fifth-century B.C. Athens. During the bloody war with Sparta, leadership was held by several demagogues who appealed to prejudice rather than reason. “Athenian democratic politicians raced to the bottom in order to outbid each other in the pursuit of popular favor, offering ever greater benefits … and pursuing ever less dignified rhetorical stagecraft,” said Strauss.

Strauss’ second example was ancient Rome’s greedy and arrogant elite, who refused to listen to the people’s grievances. This gave rise to the “populares,” politicians claiming to act on behalf of or with the help of the people, though they were accused of manipulating the people for their own selfish ends. Almost all the populares ended up murdered or as suicides. “In the end the people fired the elite and replaced it with an emperor,” said Strauss. “The republic died, and with it, political liberty.”

The essential similarity between modern populists and these ancient examples, said Strauss, is that “there is something rotten in the state when the elite is mistreating the people and denying them their liberty, property and happiness.”

While populists are likely to be vulgar, angry and confrontational, they can also be principled, said Strauss, striking bargains rather than aiming at mob rule. “They will talk radical change but strike a bargain. Shrewd populists will want to adjust the regime, not destroy it.”

The ideal for elites, said Strauss, is to take populist movements as a wake-up call: “The fate of the Roman Republic demonstrates the danger of an elite ignoring the reasonable if painful desire of the people for reform.” If the elite can recognize human suffering and try to ameliorate it, “they will do the right thing while also saving their political skins.”

Strauss closed by advocating for bipartisanship, compromise and a rededication to the ideals of citizenship and self-government. He believes, he said, “dignity beats demagoguery, that humility is nobler than arrogance, that building bridges is better than building walls.”

Phi Beta Kappa is the nation’s oldest and most prestigious academic honor society for students of the liberal arts and sciences. Faculty president Daniel Schwarz, the Frederic J. Whiton Professor of English and a Stephen H. Weiss Presidential Fellow, noted in his introduction to the lecture that the Cornell chapter has grown significantly in recent years, instituting Junior Phi Beta induction, undertaking philanthropic activities, sponsoring two major lectures and raising a significant endowment, as well as developing a webpage, newsletter and an active alumni association and board.

This article originally appeared in the Cornell Chronicle. 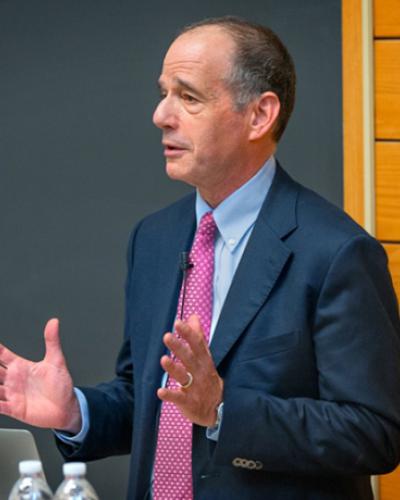 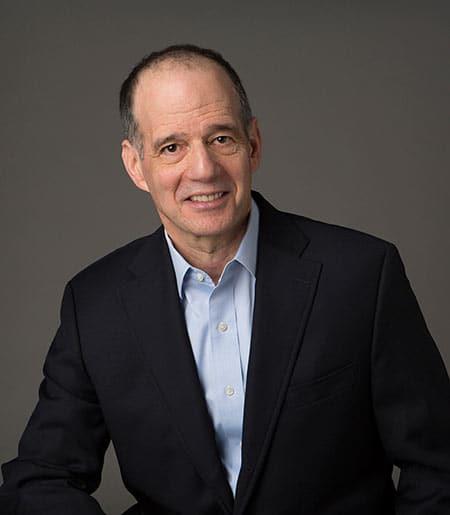