Social activism efforts of professional athletes such as Chris Long, who recently donated his entire $2.25 million salary to support educational equality efforts, will be the focus of a Feb. 27 visit by former NBA player Etan Thomas. Thomas, author of “We Matter: Athletes and Activism,” will also discuss his new book at the free lecture at 4:30 p.m. in Kauffmann Auditorium in Goldwin Smith Hall.

Thomas’ book explores the intersection of sports and politics in America. It includes interviews with more than 50 athletes, executives and members of the media, with essays and critiques by Thomas.

During his visit to Cornell, Thomas will be speaking in “Sports and Politics in American History” a class taught by Lawrence Glickman, the Stephen and Evalyn Milman Professor in American Studies.

“' We Matter: Athletes and Activism' is important because society as a whole has only recently become aware of athletes as political (actors),” Glickman said. “But his interviews with a range of athletes and others shows a longer time frame for athletic activism."

Thomas, who played with the Washington Wizards, Oklahoma City Thunder and Atlanta Hawks during his nine year career, is also a published poet, freelance writer and motivational speaker. He published a collection of poetry in 2011 and his own autobiography, “Fatherhood: Rising to the Ultimate Challenge,” in 2012. His writings have appeared in The Washington Post, Huffington Post, CNN and ESPN.

While playing professionally, Thomas was honored for his social justice advocacy with the 2010 National Basketball Players Association Community Contribution Award and the 2009 Dr. Martin Luther King Jr. Foundation, Inc. Legacy Award. He spoke at anti-war rallies in 2005 and 2007,  has given a variety of political speeches and has encouraged voter registration.

A book signing will follow his afternoon lecture. Further information on Thomas’ book can be found here. Thomas’ lecture is sponsored by the American Studies Program. 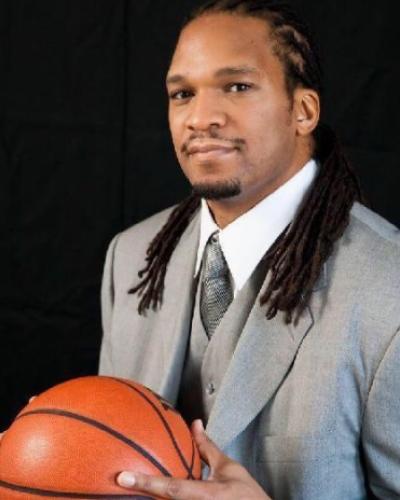