Even after their fearmongering proves wrong, Republicans keep at it. Here’s why.

In this Washington Post opinion piece, Lawrence B. Glickman, the Stephen and Evalyn Milman professor in American Studies in the department of history, explores the language used at this year's Republican National Convention and similar references to socialism and government expansion that conservatives have used throughout our history.

"At last week’s Republican National Convention, presidential son Eric Trump evoked Ronald Reagan when he warned about the imminent threats to freedom that a Biden administration would pose," Glickman writes. "Accusing the 'radical Democrats' of wanting to burn the flag, defund the police and 'erase history,' among other depredations, he depicted 'the fight that we are in right now' as urgent and necessary for the preservation of liberty."

Those words of Reagan came from a 1961 prediction he made about Medicare, which turned out to be badly flawed, Glickman says. Yet, Republicans have continued to stick to similar fearful messaging.

"Even as the New Deal proved wildly popular, conservatives, who over time became increasingly concentrated in the Republican Party, stuck to this script in election after election, and as a way of framing politics more broadly," Glickman writes. "The use of 'socialism' as a smear, usually to oppose New Deal liberalism or mild expansions of the welfare state, has never gone away. When President Trump called Biden 'a Trojan horse for socialism' in his acceptance speech at the Republican National Convention, he was employing a familiar image." 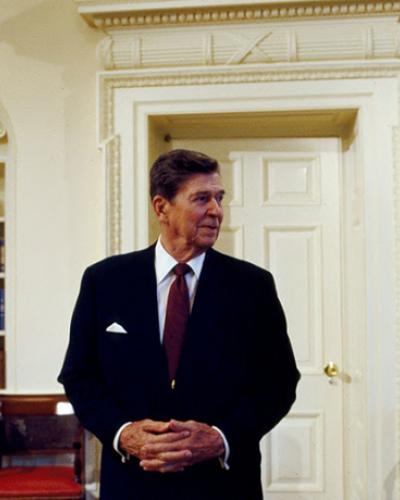