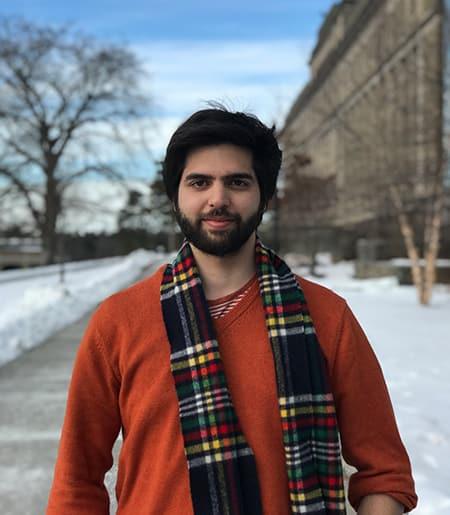 I am a historian of the Spanish Empire in the Americas. My research interests rest on exploring the relationship between movements of people and goods, institutional logics, and spatial politics. Specifically, my current research focuses on how economic practices, competing ideas of sovereignty, and conceptions of aqueous and terrestrial space shaped historical actors actions, the creation of regions, and their imagined futures.

My dissertation [tentatively titled: An Empire of Mist: The North Pacific from Hapsburgs to Bourbons 1600-1830] explores the role of the Spanish imperial navy in the creation of an amphibious Spanish North Pacific over the 17th and 18th centuries. I envision this space as a contiguous maritime geography from Acapulco to southern Alaska, along the Pacific littoral —the core of what I term the Spain’s maritime North Pacific. I seek to answer two interrelated questions: How did the Spanish North Pacific look throughout the 17th and 18th centuries? And what role did the Spanish imperial navy play in envisioning and creating this imperial geography? I argue that this region was interconnected and created through movements of the Spanish navy, which was predominantly in charge of supplying coastal outposts, protecting Pacific trade routes, and conducting diplomacy with a myriad of Indigenous polities and peoples. I take the perspective of the navy as a crucial organ of colonization, and naval officers and administrators as a particular type of imperial agents trained as specialists in the technologies of controlling maritime spaces. Thus, this project uses naval agents to explain how the Spanish state established an imperial geography that had to negotiate across a multiplicity of native grounds—spaces where Indigenous polities dictated the content and form of relations.

This is a story about spaces both maritime and terrestrial. I envision Spain’s North Pacific as a maritime borderland, encompassing the contiguous amphibious spaces including the land and waters close to the coast (i.e. the tendrils of rivers, islands, and marshes close to the littoral extending across the whole North Pacific seaboard). But it is also a story about the practice of politics in these spaces.  Thus, although I write from the perspective of the Spanish navy, I am also writing about the North Pacific as a site of inter-imperial rivalries and multiple Indigenous sovereignties which were connected to the political struggles of a broader Pacific world.