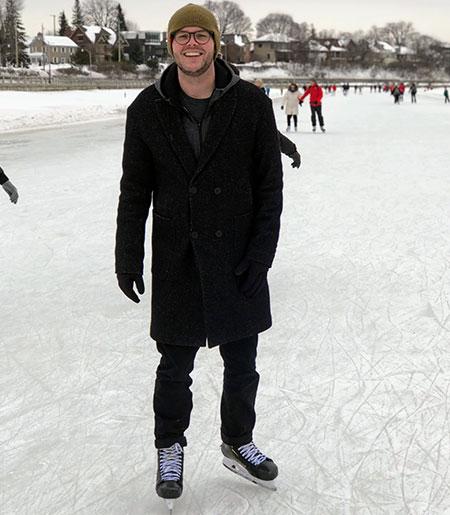 I am a PhD student studying 20th century United States and Canadian history. Focusing on sport as spaces where race and power are made and negotiated, my research uses athletics as a lens to explore larger historical questions and themes that include empire, citizenship, diaspora, and borders. Some of my previous research includes topics such as Indian Boarding School athletics within American Empire, discourses of race around Air Jordan inspired crime, how the historical racial wealth gap limits access to ice hockey in North America, and more recently, the historical relationship of slavery and freedom between the United States and Canada.

My dissertation, tentatively titled Chasing Canaan: The United States, Canada, and the Athletic Quest for a Racial Promised Land, unravels the athletic experiences of transnational Black, Asian, and Indigenous athletes along the US-Canada border. Framed within the enduring the relationship of slavery and freedom, my project explores how transnational athletes encountered, experienced, and challenged the myth of Canadian benevolence against the backdrop of American racism. While the myth of Canadian refuge endured partly because of Canada’s proximity to a racially hostile US, I analyze four unique athletic sites along the US-Canada border – Montreal, Manitoba-Dakota, Vancouver, and Indigenous Residential/Boarding schools – to uncover new layers of the twinned racial histories of the US and Canada. In doing so, I challenge the conventional directionality of freedom as northward and uncover how sports were both a site of exclusion and a place for freedom and self-making.